Tucked back in the woods of East Hampton, Long Island is a house that some believe may prolong life. It’s modeled on residences in Japan called “reversible destiny lofts.” These places have bold colors, concave floors, doors too short to walk through and columns to hold on to when you lose your balance.

Tucked back in the woods of East Hampton, Long Island, there’s a house that doesn’t look like any of the others nearby. It’s modeled on residences in Japan called reversible destiny lofts, and these places have bold colors, concave floors, doors too short to walk through, columns to hold on to when you lose your balance.

Two New York City artists – Madeline Gins and Arakawa -believe that living in such challenging space may lead to immortality.

NPR’s Alison Bryce toured the house and brings us this report.

ALISON BRYCE: The first thing you notice is that there’s no front of the house.

Mr. JOHN CANE(ph): The other thing to notice is that there’s three entrances to the house. There’s no main entrance to the house.

BRYCE: John D. Cane(ph) is a student and disciple of the artist Madeline Gins and Arakawa who likes to go by just one name.

Mr. CANE: There’s sections of the house that have this kind of strange, plastic, frosted glass that’s – it’s semi-transparent, so it lets light in, but it doesn’t let the vision around you in.

BRYCE: And from the outside, some windows are rectangular and hug the ground, others are square and hug the roof, but you can’t see inside the house at all. Walking inside the house, you take one step up into a small, windowless room and then two steps down into it and then four steps up into a central room.

Mr. CANE: So that then you’re twice the height that you went down into the house and then there’s this tiny little opening into this gigantic, central room.

BRYCE: The kitchen and dining room are deeply sunken in the center. Other rooms extend off an oval living area. There are no doors; there are no closets. The ceiling slats. At one end of the oval, you feel large; in the other end, you feel small. And then there’s the undulating floor.

Mr. CANE: So you’ll get this feeling as you’re walking through that this landscape that moves in continues through the house and moves out the other side of the house.

BRYCE: They designed this house and say that flat floors are unnatural and unpleasant. Giving the tour, Cane points out how this house plays with perception.

BRYCE: Gins and Arakawa want this house to be jarring. Gins says that the body doesn’t end at the skin, but actually includes the space around it.

Ms. MADELINE GINS (Co-founder, Architectural Body Research Foundation): And we think the basic unit of consideration should be the body proper plus the architectural surround.

BRYCE: So by designing an awkward and uncomfortable living area, Gins and Arakawa think you can challenge yourself physically and mentally.

Ms. GINS: We might be able to learn how to go on indefinitely. What if mortality wasn’t written in stone?

BRYCE: Earl Miller doesn’t think that living in a challenging house like this would do much to extend one’s life. Miller is a professor of neuroscience at the Picower Institute for Learning and Memory at MIT. He says these surroundings will become familiar very quickly and no longer provide a challenge. Because the oddities of the house are constant, Miller says the brain would need new stimulation to remain active and alert.

Ms. GINS: Each residence is a gym, a research laboratory, and a temple or a beyond temple in one.

BRYCE: Now, Gins and Arakawa are bringing their alternative architectural lifestyle to this country. The house in East Hampton will be up for sale in a few weeks, just in time to invite family and friends over for a Thanksgiving holiday party.

Copyright © 2007 NPR. All rights reserved. Visit our website terms of use and permissions pages at www.npr.org for further information.

NPR transcripts are created on a rush deadline by Verb8tm, Inc., an NPR contractor, and produced using a proprietary transcription process developed with NPR. This text may not be in its final form and may be updated or revised in the future. Accuracy and availability may vary. The authoritative record of NPR’s programming is the audio record.

Sat Dec 5 , 2020
SKOKIE, IL — The vacant iron foundry across the street from Niles West High School is set to be demolished and replaced with an industrial development designed to be attractive to e-commerce companies. Last month, the Skokie Village Board approved a property tax incentive for the 12.5 acre former Castwell […] 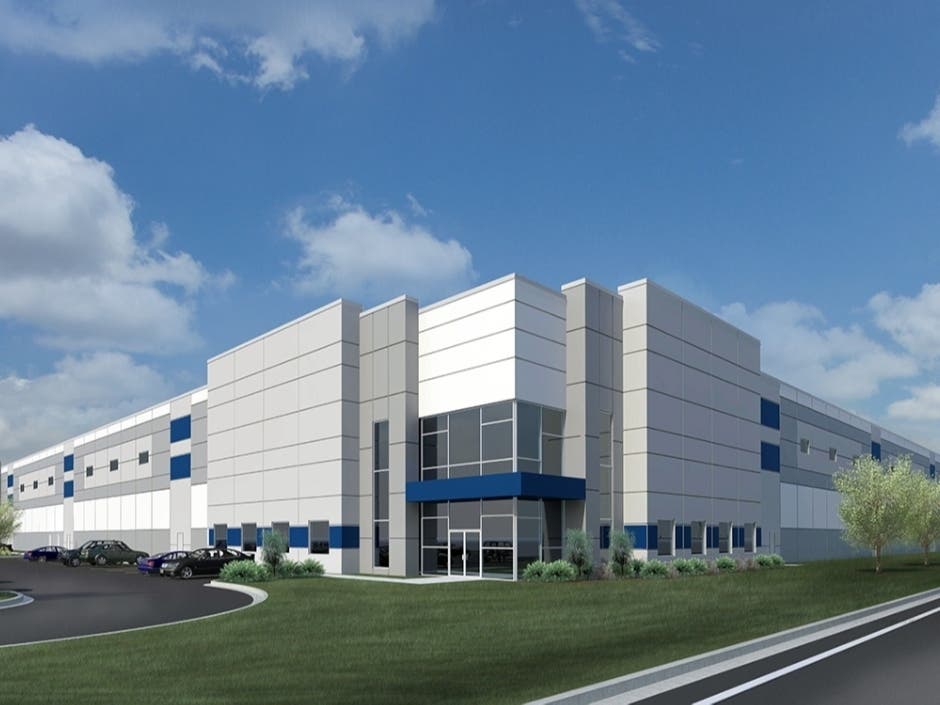