Stephen Sills and I have been in a conversation for eight years. It began when I first wrote about his work in 2014, and it shows no signs of stopping. What started as an article and led to a friendship has now become a book, his third: Stephen Sills: A Vision for Design, released by Rizzoli this month.

I wrote the text, and in doing so I compiled my interviews with Stephen into something resembling his end of a series of conversations, like a diary. The first directive he gave me was that he wanted this to be a “teaching” book. It seemed the best way to do that was to get out of the way and just let the preeminent American decorator of our time use his voice. Sills, whose breadth of knowledge is enormous, could absolutely teach a course in the history of the decorative arts. To tide us over until then, there is his new book, with a foreword by Tina Turner and a chapter on gardening in conversation with Martha Stewart, as well as the passages excerpted here. 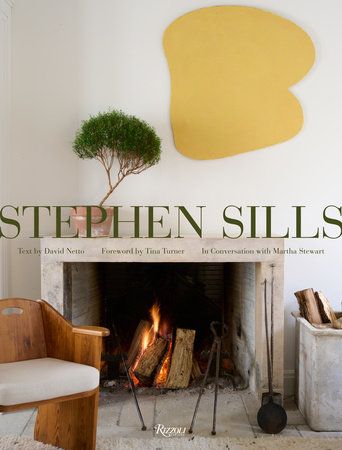 Stephen Sills: A Vision For Design

The house shown in these pages is a new project recently completed for Sills’s dear friend and Bedford, New York, neighbor Dominique Bluhdorn. Introduced by Charlotte Worthy, the architect of the project, Bluhdorn and Sills connected right away: “What happened was more than decoration, it was a series of complex, fun, and beautiful moments. We were standing on ladders together, scrounging in the barn at 7 p.m.” Sills mixed all the colors, in many cases applying the glazes and striés himself to give a handmade, bohemian quality to the rooms. The result is their take on an American country house: intimate, comfortable, and lovely, full of plants brought in from the garden, folk art, and quilts.

But as always with the work of Stephen Sills, there’s an edge underneath all the pretty—surprises in the palette and scale of things—that commands complete attention and might leave you wondering if you’ve ever met a yellow quite like that one in the entrance hall. —David Netto

Don’t you think curiosity is everything? In life, in art, in work, in just living?”

Interior design is a very interesting subject, historically. I think that before the end of the 19th century people didn’t really have decorators. They had architects, they had painters who were considered the decorators of the day, and they had upholsterers. The upholsterer and the painter were separate entities, but they kind of haphazardly, and often very successfully, devised the interior scheme. Mario Praz documents this really well in his book An Illustrated History of Interior Decoration (1964). Every young person interested in design should read this. 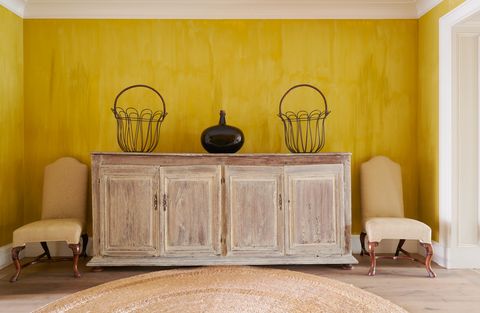 An Italian cabinet flanked by 18th-century chairs–and topped with an early American glass bottle–ads charm as well as gravitas to the entrance hall.

Interior decorating as a profession is an American invention, and Elsie de Wolfe was the first person who made it a business. She ­single-­handedly invented the profession as we know it now. There were firms like Herter Brothers designing furniture, and they did do complete decorated environments that were spectacular, for the Vanderbilts and in houses like Evergreen in Baltimore. I have no doubt that it is an art form, and culturally we seem to be coming to that opinion, but I have to applaud the great decorators that have come out of America, because we as a culture have had the least amount of source material to work from. I mean, we go back only a couple of centuries, in the sense of a heritage of decoration, architecture, fabric weaving, tapestries, and paintings to refer to.

I think because in America we had to invent so much, we have produced many great decorators who really did have original visions that sparked everybody else. I never meet anyone in Europe, for instance, no matter how historically based their work may be, who doesn’t admire Billy Baldwin. I fell under the spell of Billy Baldwin at a very early age too, and I thought he was the greatest. I was fortunate enough to see those houses very early and understand what it was he was up to, and that it was brilliant. He did some awful rooms, too. But so have I! Those are called mistakes. 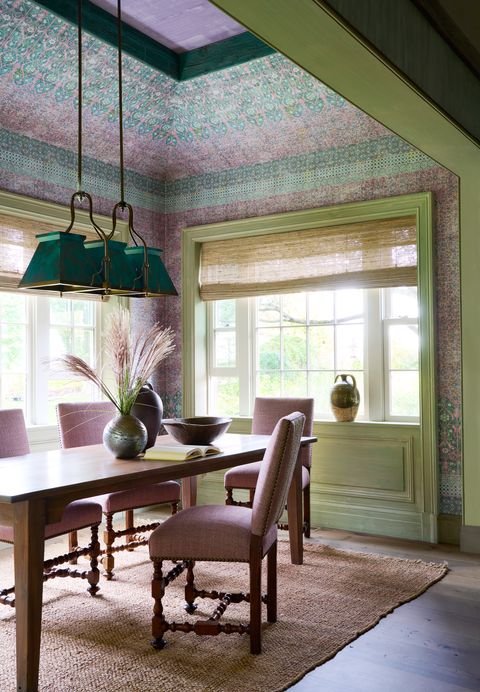 The dining room with Louis XIV chairs, Ottoman-inspired wallpaper in pink and green, and a French billiard chandelier.

In the last 10 to 15 years the decorating business has totally changed. Many of the great old decorators have passed on, and there is an absence at the top, of real leadership. In decorating more than almost any other business, there have to be leaders that define their era and show the way, who form the taste, and we are not in a particularly strong moment for that. For me, those were Billy Baldwin and Jacques Grange—I thought he was a brilliant new designer when I was coming up, and still do. I would also say Mica Ertegun. People always associate my work with John Dickinson, who I do think is terrific, but I don’t really know why. 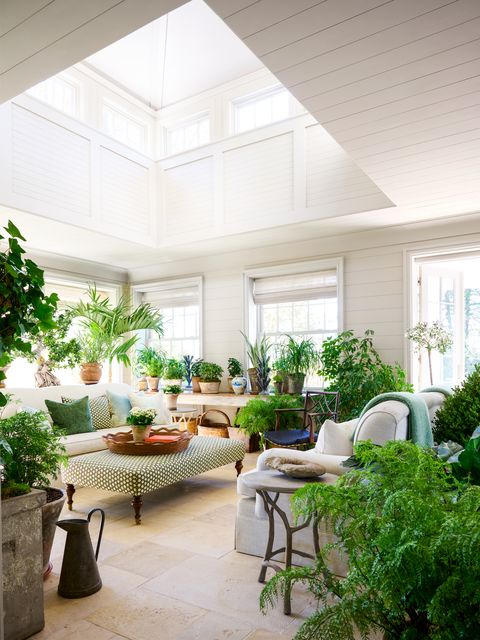 Plants from the owner’s greenhouse are always rotating in this sunroom. The ottoman at center is covered in Le Manach fabric.

I was the designer that came off of the big, great, talented designers like Parish-­Hadley and Mark Hampton. They defined an era, and when you closed your eyes and thought of them, you knew what it meant to say “American style.” There was a classicism and competence and likability to American decorating. And it was great. What I would want to be remembered for is being respectful of that—knowing the value of my moment, certainly compared to now—but also trying, every day, to be a little radical and totally original. 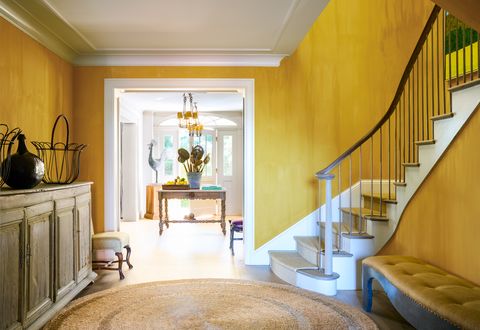 Another view of the entrance hall with its staircase and welcoming yellow walls.

I have been interested in trying to do something that hasn’t happened before. I’ve worked like hell at it, but that, to me, is what makes decorating an art form. Don’t you think curiosity is everything? In life, in art, in work, and just living? I’ve never been afraid to change. The invention is what excites me about doing interior design. The challenge and discipline it takes to create new work that doesn’t look like anything else you’ve done, never think of it as work. That’s the most important part. I’ll probably change again in another 10 years. My last two or three projects will be totally different. This excerpt is from Stephen Sills: A Vision for Design, Rizzoli New York, 2022.

This story appears in the September 2022 issue of Town & Country. SUBSCRIBE NOW

David Netto is a writer and interior designer.