Living Rooms explores the past, present and future of domestic life. In 1950, industrial designers Mary and Russel Wright published the “Guide to Easier Living,” a handbook for the modern home intended to liberate women from old-fashioned formal entertaining, and families from old-fashioned and high-maintenance furniture. “The beauty of an […]

Living Rooms explores the past, present and future of domestic life.

In 1950, industrial designers Mary and Russel Wright published the “Guide to Easier Living,” a handbook for the modern home intended
to liberate women from old-fashioned formal entertaining, and families from old-fashioned and high-maintenance furniture. 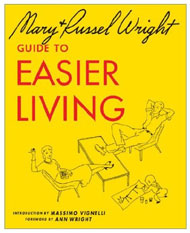 “The beauty of an eighteenth-century drawing room was the perfect expression of its time, but it is not a perfect expression of ours,” they wrote. “A home carefully planned around the requirements
of your own family will provide much richer satisfactions. Imitation of other people’s ways holds pale pleasure at best beside that of creating one’s own.”

The easier living the Wrights described—both in the book and in their lines of domestic products — sounds very familiar today, with buffet suppers,
one-pot meals, portable seating and lots of double-duty storage. But the Wrights’ work was revolutionary at the time: not only did they simplify our plates and mugs, chairs and cabinets, but they simplified the way we were to live and work in our homes. Many other designers and manufacturers created modern design for
the home in the 1950s, but few showed how to use it with the detail and multimedia platform the Wrights used so effectively. Without the tools for contemporary life they and others provided, our lives today would
run very differently. But have we truly achieved the easier living that the Wrights preached?

Even if modernist domestic architecture never achieved wide popularity, modernist ideas about the layout of those homes, and what to put in them, did. In the decades after World War II, American homes slowly lost their
separate, formal parlors and dining rooms. As servants disappeared, so did the separate kitchen; if mothers were doing the cooking, they needed a pass-through to keep an eye on the kids. If mothers were working,
they needed wipeable mats, linoleum floors and a minimum of objects to dust and silver to polish. Convenience foods came into vogue, along with convenience materials and methods.

The Wrights pitched their book and products directly at this broad swath of the middle class, targeting a wider, less-initiated audience than iconic modernist firms like Knoll or Herman Miller. To help consumers navigate
this new, more casual world, the Wrights’ book includes a multi-page appendix of manufacturers and distributors of the products they recommended, including iconic mid-century companies like Dunbar, Bakelite,
Formica and Creative Playthings. The brightly enameled pots and brilliant Marimekko textiles that today are museum pieces started out far more humbly, as everyday tools for a new way of living. 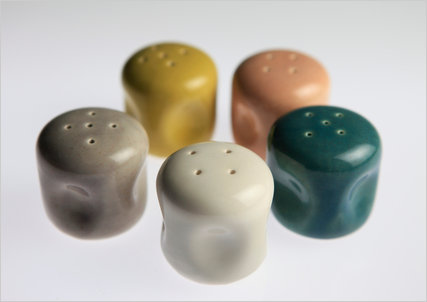 Wright designed and promoted his own product lines as well. His Iroquois Casual and American Modern china, still highly collectible, eschewed fussy decoration for quirky colors and rounded shapes, and included serving
pieces that could go from oven to table, lids that doubled as saucers and stackable salt and pepper shakers. His Residential dinnerware was one of the first domestic uses of modern plastic. The book includes a chart
demonstrating the Wrights’ “family cafeteria setting” for dinner required 36 dishes, rather than the conventional 82 — and this when home dishwashers were still relatively rare. 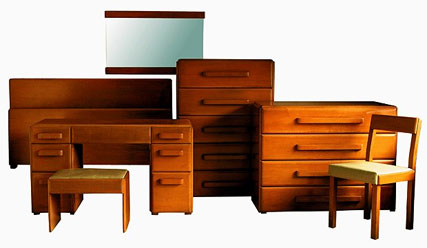 Wright also designed a series of home furnishings — never as successful as his tableware — intended to embody easier living, with snap-off covers, hidden storage and extensions. A 1955 advertisement for
the “Guide” read: “Let America’s Best-Known Designer Show You How to Have a Home That Almost Runs Itself!” [Italics in the original.]

But the book and products were just half the story. As documented in the catalog for the 2001 Cooper Hewitt exhibition “Russel Wright: Creating American Lifestyle,” the Wrights exploited modern media —
advertising, shelter magazines, showrooms, radio — as no designers had before. They trademarked his signature, which appeared on every product, and Mary Wright came up with the term “blonde”
for his 1935 line of maple furniture, American Modern. They sold their dinnerware at traditional department stores, creating in-store table settings themselves and offering smaller “starter sets” at
lower prices. The Wrights were marketing more than just goods; they were among the first designers to sell a way of life.
And it worked. Wright’s American Modern ceramic dinnerware became one of the best-selling lines in history. 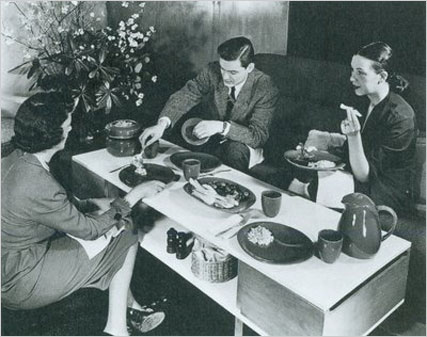 One of the most liberating ideas in the Wrights’ book was the “New Hospitality”: you could serve dinner as a buffet, even from the kitchen counter. Guests could fill their own plates and clear them.
You could serve a stew in a single pot rather than the traditional meat, starch and vegetable. A buffet, they added, worked best with lightweight and sturdy ceramic plates made to be stacked, a function offered
by Nick Roericht’s stylish TC 100 tableware. (Roericht’s set, designed in 1959 and manufactured by the trendy modernist firm Rosenthal, was sold through Design Research, a pioneering home-décor
chain founded in Cambridge, Mass., that gave customers a hands-on look at the fluid mode of modern life.) In the mid-1960s, designers Massimo and Lella Vignelli took this idea a step further with their stacking
melamine dinnerware, which looked good enough to use in the dining room but could also be used outdoors — the picnic being another Wright suggestion for casual entertaining.

But the Wrights’ entertaining ideas were not just about food. “We look forward to the day when living room, dining room and kitchen will break through the walls that arbitrarily divide them, and become
simply friendly areas of one large, gracious and beautiful room,” they wrote. They suggested replacing the matching living room suite with individual pieces of furniture that were easy to care for —
tight upholstery, Formica or glass tabletops, casters wherever possible — and that could be easily rearranged. Their ideal living room has a reading nook and a games corner, with lots of chairs that can be
cleared away for a big party. They promoted lightweight aluminum frames alongside drawings of the Charles and Ray Eames’ DCM chair, Eero Saarinen’s Womb chair and a Knoll armless couch.

The Wrights also liked lots of storage, but not in the single-purpose bookcases, highboys and lowboys of the past. Their book showed a wall with built-in glass-front and open shelves, as well as a flip-down bar in a
New York City housing development. They may be the inventors of modern grad student storage: wooden shelves on cinder blocks hidden behind a curtain. Wright’s own house, Dragon Rock in Garrison, N.Y., used
shelving and cabinets to divide the double-height living space into kitchen, dining room and den. (It is open for tours from May through October.)

Yet the most fascinating part of the Wrights’ book is how thoroughly most of their ideas have been absorbed into our lives. Who doesn’t own placemats? What could be more useful than Formica? They saw,
and described in the most accessible language, our material and casual future.

At the same time, though, the slimming down of our domestic lives never quite reached its full potential. We might have cleaner lines and more convenient storage, but our furniture is bigger. Instead of one room in
which to have a party, play games and watch TV, we have three. And the labor saved by single-pot meals, dishwashers and plastic mats hasn’t translated into more leisure time.

“Once you’ve shaken free of traditionalism, don’t, for heaven’s sake, go looking for a new type of Dream House, or for a new Emily Post to put yourself in bondage to,” the Wrights
wrote. They told us how to simplify our lives, but we complicated them again. It is the paradox of the designer-as-revolutionary. He can give us the tools for easier living, but if we buy too many, or the wrong
ones, it is still just stuff.

Alexandra Lange teaches architectural criticism at the School of Visual Arts and is the co-author of the forthcoming “Design Research: The Store That Brought Modern Living to American Homes.”

The Top Interior Design Trends in 2017

Mon Apr 20 , 2020
If you were paying attention, 2016 was the year of mid-century cues, indoor plants, distressed timbers and rustic metallics in the home. Luxe looks were some of the biggest interior trends, along with the revival of marble, mirror splashbacks, rose gold and copper. Will these design trends survive? Or will they be ushered […] 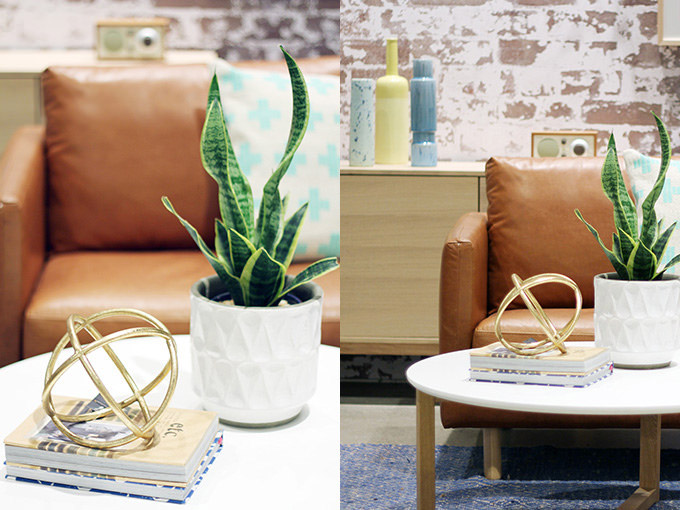