I was clearly in over my head. When I signed up for an online course in feng shui, an ancient Chinese practice of using design to enhance health and prosperity, I somehow missed the part about its being a “master” class. My fellow students included a graduate of a three-year […]

I was clearly in over my head.

When I signed up for an online course in feng shui, an ancient Chinese practice of using design to enhance health and prosperity, I somehow missed the part about its being a “master” class. My fellow students included a graduate of a three-year program on the subject and three women whose homes already had been feng shui-ed by our instructor, Judith Wendell, founder of Sacred Currents, a Manhattan-based consulting firm.

I, meanwhile, was a complete novice. And I was still struggling with the basics — including how to place the bagua, a template that is used to divide a space into nine zones — while my peers were ticking off “the producing order” of the five elements.

But I wasn’t the only one in trouble; my New York City apartment was, too.

Towering open bookshelves in a bedroom crammed with books = bad.

My desk pushed against a wall in the living room so my back was to the doorway = bad.

A diagonal wall in my bedroom that meant a section was missing from the “wealth” zone (which might just explain something about our family’s finances) = very, very bad.

I had them all, as well as “fighting doors” (my bedroom door knocked against my closet door when both were open). My kids’ bedrooms had the same affliction, which, it seems, could portend discord or even “hidden adversaries.” Yikes.

Fortunately, Wendell, a consultant for more than two decades, was empathetic, calm and, above all, pragmatic. She was fully aware that most of us cannot renovate our problems away and have to make the best of the flawed spaces we live in, fighting doors included.

The course was a way to drum up business during the quarantine after in-person consultations with clients had fallen off. She speculated that there might be interest in such a class, given that so many of us were spending all of our time at home during the lockdown, with ample opportunity to cast critical eyes at our surroundings.

She was right. Eleven of us signed up for the weekly class convened over Zoom ($297 for five 90-minute sessions), including a beautician in Cornwall, Connecticut, who was contemplating a career change, and a Hong Kong-based head of spa operations at a major hotel company. All were women, which Wendell later told me is consistent with the demographics of practitioners of feng shui in this country, although in ancient China the masters were men.

Each class began with a meditation exercise, intended to sharpen our awareness of our surroundings. From there, Wendell moved on to topics such as the five elements (water, wood, fire, earth, metal) and showed us photos and diagrams of landscapes, houses and rooms, pointing out arrangements that adhered to the tenets of feng shui and the “adjustments” that could be employed where spaces fell short. In between there were textbook readings and homework assignments, such as drawing up a floor plan of our bedroom — the most important room in a home, according to feng shui — and identifying the zones of each corner.

Wendell conducted the class from the home office of her Upper East Side apartment. She sat in a dark brown leather chair with a high, solid back, consistent with the feng shui belief in feeling protected from behind. A small ceramic Buddha, a brass bell and a glass rabbit were arrayed on her wraparound desk.

But she didn’t come off as excessively woo-woo. It was easy to envision her commanding the respect of real estate executives with whom she often works on projects. Such clients make up about 30% of her practice, with the remaining a mix of homeowners and businesses seeking felicitous furniture arrangements or space “clearings” to exorcise whatever bad vibes might be floating around.

She was always quick to suggest workarounds to compensate for problematic features, such as beamed ceilings, which many of us consider charming but, apparently, can exert “downward pressure” that could be “damaging to a relationship or impact health.” And if I couldn’t see myself embracing some of the remedies recommended in the textbook — such as hanging bamboo flutes (on beams), crystals (to fix a confusing or tight spot on a floor plan) or red paper firecrackers (to prevent burglary and accidents) — others were easier to envision. Careful placement of a mirror turned out to be a solution in so many situations that one master reportedly called it “the aspirin” of feng shui.

“I’m very much about how it looks,” Wendell said. “I don’t do anything feng shui-wise unless it looks good.”

In the back of the textbook were instructions for rites, including one that involved cutting a 9-inch piece of red thread, wrapping it around the knobs of my fighting doors, visualizing the end of discord and cutting the string in the middle.

Would any of this work?

Some people have found aspects of feng shui easy to ridicule. And Wendell, who has a degree from the long-running BTB Master Feng Shui Training Program, among other credentials, is well aware of this. At the start of each class she shared a cartoon poking fun at feng shui, which is pronounced “fung shway” and means “wind and water.” She had quite a collection, most dating from the 1990s, when, apparently, there was enough awareness of feng shui for it to become the butt of jokes.

It became broadly popular here in the 1980s, after relations between China and the United States opened up, though immigrants from countries where feng shui spread very likely brought the practice here well before that. Today it is used for everything from decorating nurseries to selecting burial plots.

Some of its tenets seemed like plain common sense. The concept of yin and yang was a reminder that rooms need a balance — of rounded and straight-edged objects, for instance — and never too much of a single color or pattern, although Wendell said that some rooms might call for more yin than yang, and vice versa. A home or place of work should not be overly cluttered.

But while many of us declutter to foster an atmosphere of calm, not to mention make it easier to keep track of things, feng shui says that clearing out extraneous stuff will help welcome the chi, or cosmic energy. We spent a lot of class time talking about chi, which I came to think of as a character you want to invite into your home and encourage to hang around.

I’m something of a minimalist, so letting things pile up usually isn’t an issue for me. But then I began to think of the heap of shoes my family kicks off on the mat outside our front door. Would the chi even make it inside?

And if it does, might the long hallway off our foyer be another problem? My husband and I always valued this hallway because it spreads out the bedrooms off it, giving everyone a modicum of privacy. But the chi, I learned, might speed down it and then fly out the window of the bathroom at the end of the hall, bypassing the bedrooms altogether. Suggestions for slowing it down — a rug with a horizontal pattern, sconces on the wall — didn’t particularly appeal to me.

My biggest takeaway from the course was the idea of the “command position,” which enables you to see the doorway of a room without being directly in line with it (if your bed is in line with the door it is called, scarily, the “coffin” position, named for the way the deceased are often carried out). The command position gives you a feeling of control and empowerment.

And yet in almost every crucial place in our apartment, my back is to the doorway of that room. This is particularly problematic in my family because we don’t wear shoes inside and therefore cannot hear one another approach.

How many times have I been startled by some innocent member of my family entering the living room while I’m furiously typing? How often have I been surprised when someone comes into the kitchen while I’m sizzling something on the stove? Lying in bed reading before turning out the light, I have been known to gasp when my son pokes his head in to ask me something or when my husband comes in to join me. Now I know why.

Three-quarters of the way through the course, I started to get the hang of some of the basics of feng shui, though I realized it would take years to acquire anything approaching a complete understanding. I was sorry when the last class arrived. Wendell invited each of us to make an appointment to call her to discuss anything we wanted.

If I were an actual client, she would have noted the birth dates of everyone in my family so that she could layer astrology and numerology into the consultation. She can tell her clients their “best directions” so they know their optimal sleeping position. She asks them about goals, relationships and health so she can prescribe things that support and enhance specific aspects of their lives.

“Everything doesn’t apply to everyone the same way,” she said.

We didn’t have time to delve personally so Wendell could offer advice only “from afar,” she wrote. She had criticisms (our headboard-less bed doesn’t provide “stability”) and recommendations (including adding mirrors in the bedroom and kitchen so we could see the reflection of people coming in those rooms and thus gain command of the doorways).

She did, however, have high praise for the old black-and-white family photos and etchings by my artist grandfather that I had grouped on a wall of our bedroom. In a stroke of dumb luck, I had hung them in the “benefactors” and “creativity” zones of the room, exactly where they belonged.

This story was originally published at nytimes.com. Read it here.

Fri Oct 30 , 2020
The production-spec Nissan Magnite looks eerily similar to its concept version. That’s no bad thing as the Magnite features the right design elements to make it stand out from its rivals. Sure, you’ll have to wait a while to check out Nissan’s sub-4 metre SUV in the flesh, but until […] 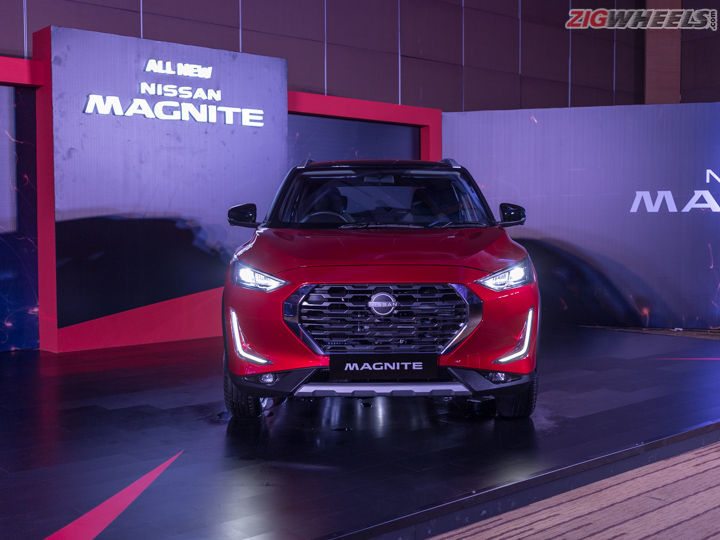