Mumbai police have suspended a constable who was booked for rape earlier this month after a city-based interior designer alleged that he exploited and raped her on the pretext of marriage. The cop has refuted the allegations.

The designer filed a police complaint on October 8 against Prabhakar Devkar. Pantnagar police registered an FIR and booked him under Sections 376 (rape), 420 (cheating), 406 (criminal breach of trust), 323 (voluntarily causing hurt), 504 (intentional insult with intent to provoke breach of the peace) and 506 (criminal intimidation) of the Indian Penal Code.

“On October 16, the order copy was handed over to Devkar’s wife,” said an officer.

According to the designer, after six years of being in a relationship with Devkar, she learnt in 2018 that he is married and has two children. She told mid-day that when she confronted him about his family, he “started dodging her questions.” She decided to stop meeting him, but he threatened her. “He used to abuse me and force himself upon me. I strongly objected, but he started threatening me. And then I lodged a police complaint,” she said.

Suhas Kamble, senior inspector of Pantnagar police station, said he will positively consider her request. “Devkar has got interim relief from the court, but he has to visit the police station every day.”

Speaking to mid-day, Devkar refuted the charges and questioned the timing of the case. “I am vice president of Greater Mumbai police credit cooperative society. Election is scheduled in March for the credit society. Rivals within the department are behind this entire episode and trying to malign my image by shooting through the shoulders of this woman. The aim is to keep me away from this election. Otherwise, why would a woman who knows me since 2012 register a complaint in 2020?”

“Sessions court has given me interim relief. I am confident of coming out clean in this case,” he said. On allegation that he hid his marriage from her, Devkar said in 2005 he had shared about his marriage on social media. “Question of hiding this information gets nullified here.”

The woman has requested the Anti-Corruption Bureau (ACB) to probe the wealth that Devkar has amassed and invested in properties in his wife’s name. She even alleged that he took lakhs of rupees from her.

“On several occasions, Devkar came for financial help and I helped him. I have records to prove some of the transactions.” Devkar said he is willing to face any inquiry and even come before ACB for the questioning.

Catch up on all the latest Mumbai news, crime news, current affairs, and a complete guide from food to things to do and events across Mumbai. Also download the new mid-day Android and iOS apps to get latest updates.

Mid-Day is now on Telegram. Click here to join our channel (@middayinfomedialtd) and stay updated with the latest news

Wed Oct 28 , 2020
These Halloween decorations are scary funny.  A photo of a home in Indiana has gone viral after its owners turned a popular meme into hilarious Halloween decor. The display, which was inspired by the “This is fine” comic seen on social media for years, now doubles as a joke that downplays […] 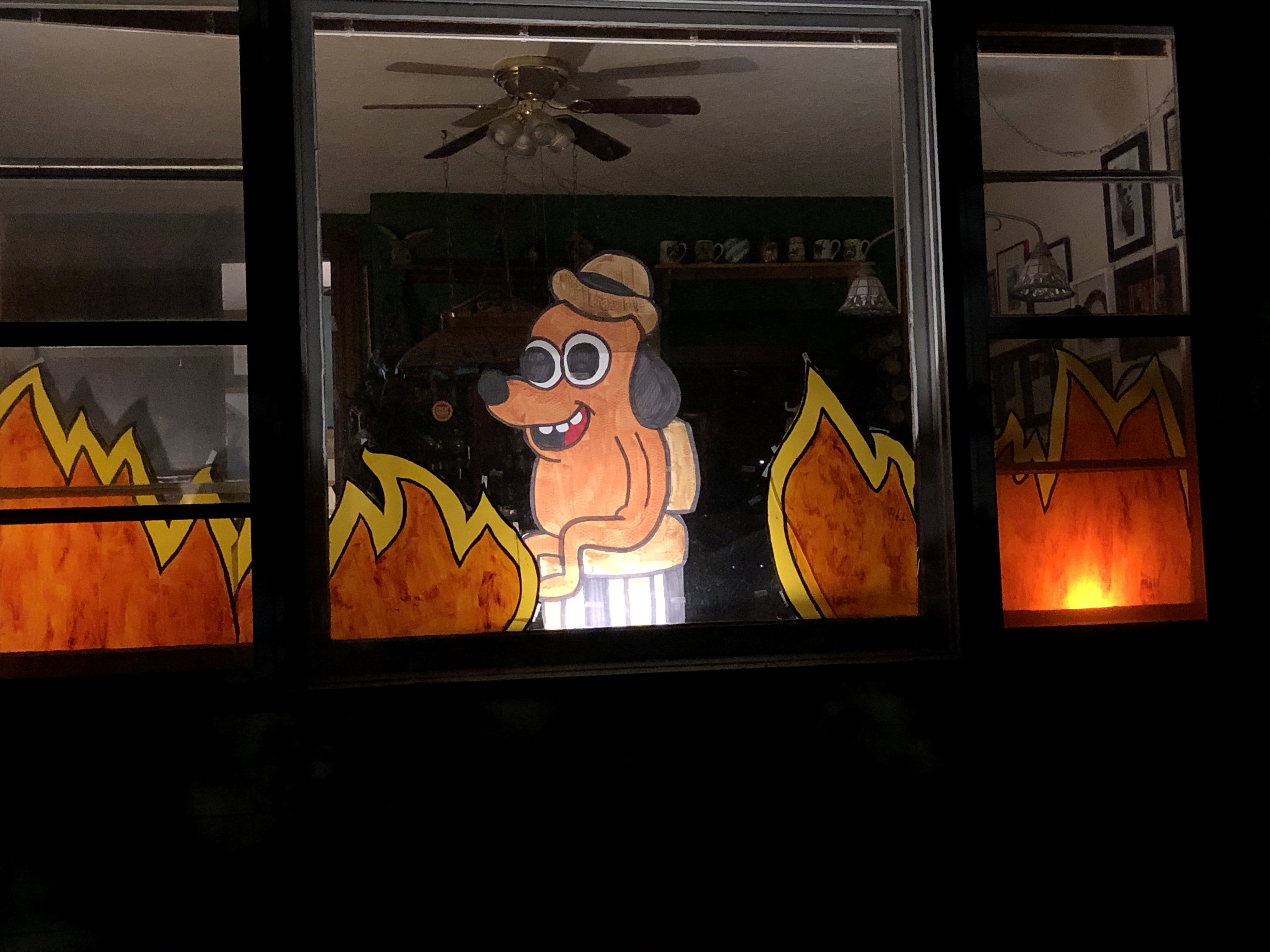